One of my favorite of all global patent law events is the Patent Cup–a regatta that takes the battle of wits beyond the courtroom or patent offices.  The idea was hatched in 1989 by two friends, German patent attorney Peter Franck and French patent attorney Frederic Benech. The idea was to have a sailing patent attorney or agent organize in his or her own country a friendly race among IP professionals to showcase local sailing venues that might otherwise not be discovered. While a friendly competition, the Patent Cup has included sailors with both world-champion and Olympic pedigrees.  As with many other events, the pandemic delayed the event for a couple of years, but the 31st running of the Patent Cup was a great success a few weeks ago in my old town of Chicago.  The 2022 Patent Cup was organized by my former boss Marcus Thymian. 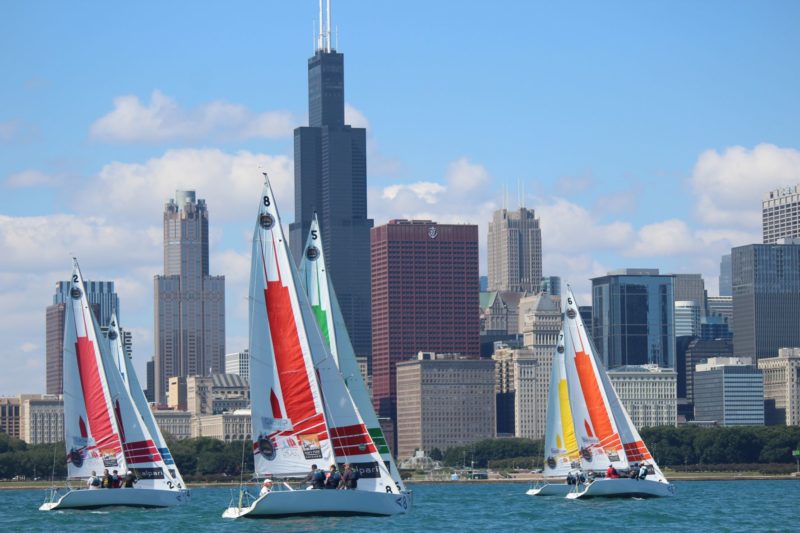 The regatta took place on Lake Michigan in September 2022 benefitted from perfect weather (not always a sure thing in Chicago). Principal Race Officer (PRO) and Chicago patent litigator Leif Sigmond, Jr., was able to run 9 competitive races and a more casual distance race. A mixed team from Australia, New Zealand, and Brazil (captained by Australian patent attorney James Cherry) claimed first place and were awarded the Patent Cup trophy. Thymian’s US team was second, while a team of current and former EPO patent examiners was third.

The regatta was sponsored Thymian and Sigmond’s respective firms: GrowIP Law Group and BakerHostetler and included sailors from 9 different countries. The competitors raced on the Chicago Yacht Club’s fleet of “Tom 28” boats. Next year’s Patent Cup is scheduled to take place at a yet-to-be-determined European location.  Congratulations to the winners!

Does the S&P 500 Index Include Dividends?

Is TRUMP TOO SMALL for the Supreme Court?