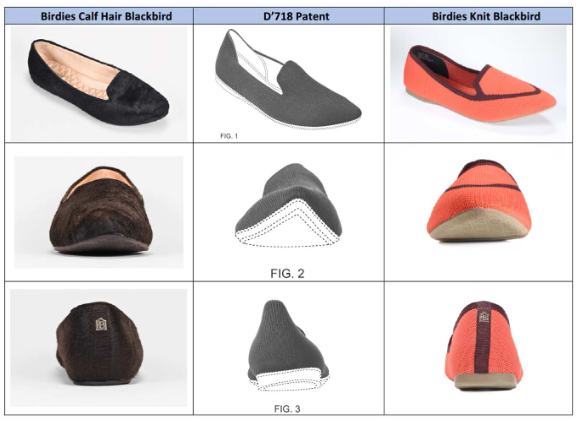 Birdies moved for summary judgment of both invalidity and non-infringement.  For the invalidity defense it (partially) relied upon its prior calf-hair version of the shoe shown in the comparison chart above.  The defendant made the classic defensive argument that the prior art is so similar to the accused product that either (1) the patent is invalid [if broadly interpreted] or (2) the patent is not infringed [if narrowly interpreted].  On summary judgment, Birdies argued:

Birdies Motion for SJ.   The argument makes sense.  But, the district court didn’t agree.  For invalidity, the district court concluded that the prior art wasn’t quite good enough to find the design obvious.  Then, for infringement, the court noted that Birdies’ reliance on its own same-shaped shoe for invalidity almost admits infringement. “Birdies even admits as much by arguing that the original Blackbird—made of calf hair—and the Rothy’s patented designs share a silhouette.” Rothy’s, Inc. v. Birdies, Inc., 21-2438 (N.D. Cal. 2022).  In the end, the district court denied the defendant’s motion for summary judgment:  “A jury could reasonably find that Birdies’ knitted Blackbird, depicted [above], infringes each of Rothy’s patents.” The case here offers another example of why Inter Partes Review (IPR) proceedings are a godsend for accused infringers.  The separate tribunals allow for the patent challenger to tell two different stories without worrying about creating confusion.

The decision here was from May 2022. Since then, the parties settled the case with Birdies agreeing to stop making & selling the accused designs.

The pleadings include the fabulous set of drawings of historic men’s shoes and boots from John Peacock’s book titled Shoes: The Complete Sourcebook.  I would buy (and wear) those 1880 English flowered loafers if I could find a reasonable pair. 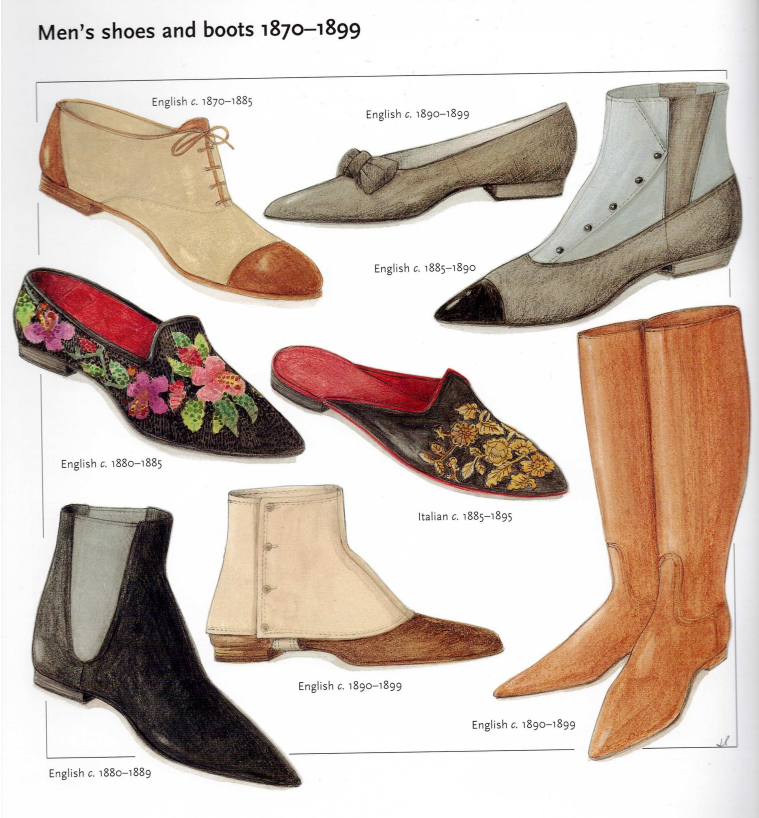 eToro Charges on Through the Crypto Winter

The Best Guide for Beginners