The chart below highlights an important trend in patenting: increased joint-inventorship where the inventors reside in different countries.  The top (blue-circle) series looks generally at cross-border joint-inventing while the lower (orange-square) series reports a subset where at least one of the inventors has a US residence.

One important caveat here is that the inventor’s permanent residence does not necessarily mean that the inventors where physically distant since one or more inventors may have been temporarily on location.  Further, residence is typically designated at the time the patent application is filed, and inventors may have moved in the interim between inventing and their US filing.  The rise in cross-border inventing also correlates with the rise in joint inventorship.  From 2005 to 2022, the average number of inventors per patent rose from 2.5 up to over 3.   If we reach back to 1985, most US patents listed only one inventor. By 2005, only 37% of utility patents were single inventor endeavors.  Today, the figure is down to 26%. 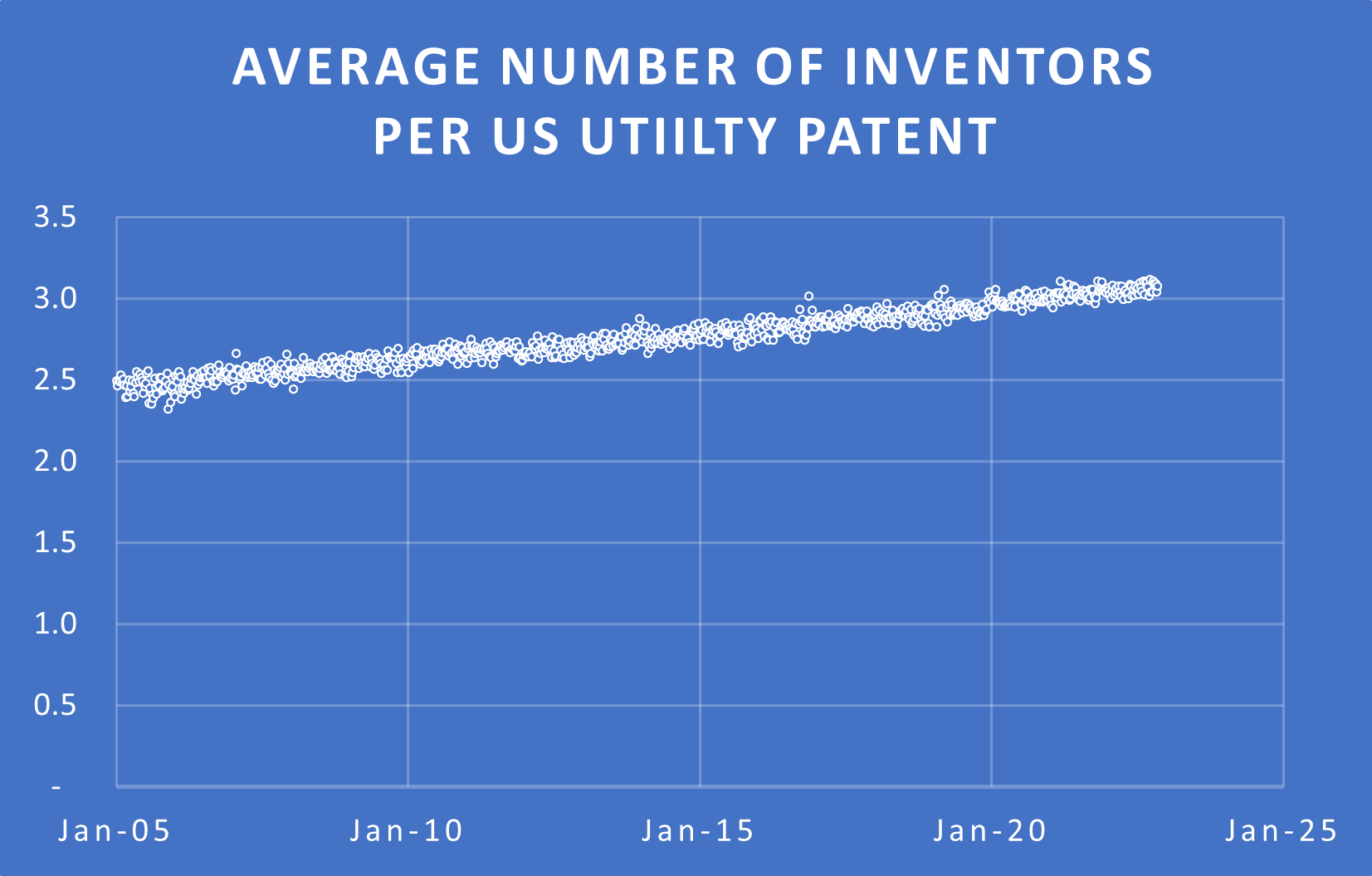